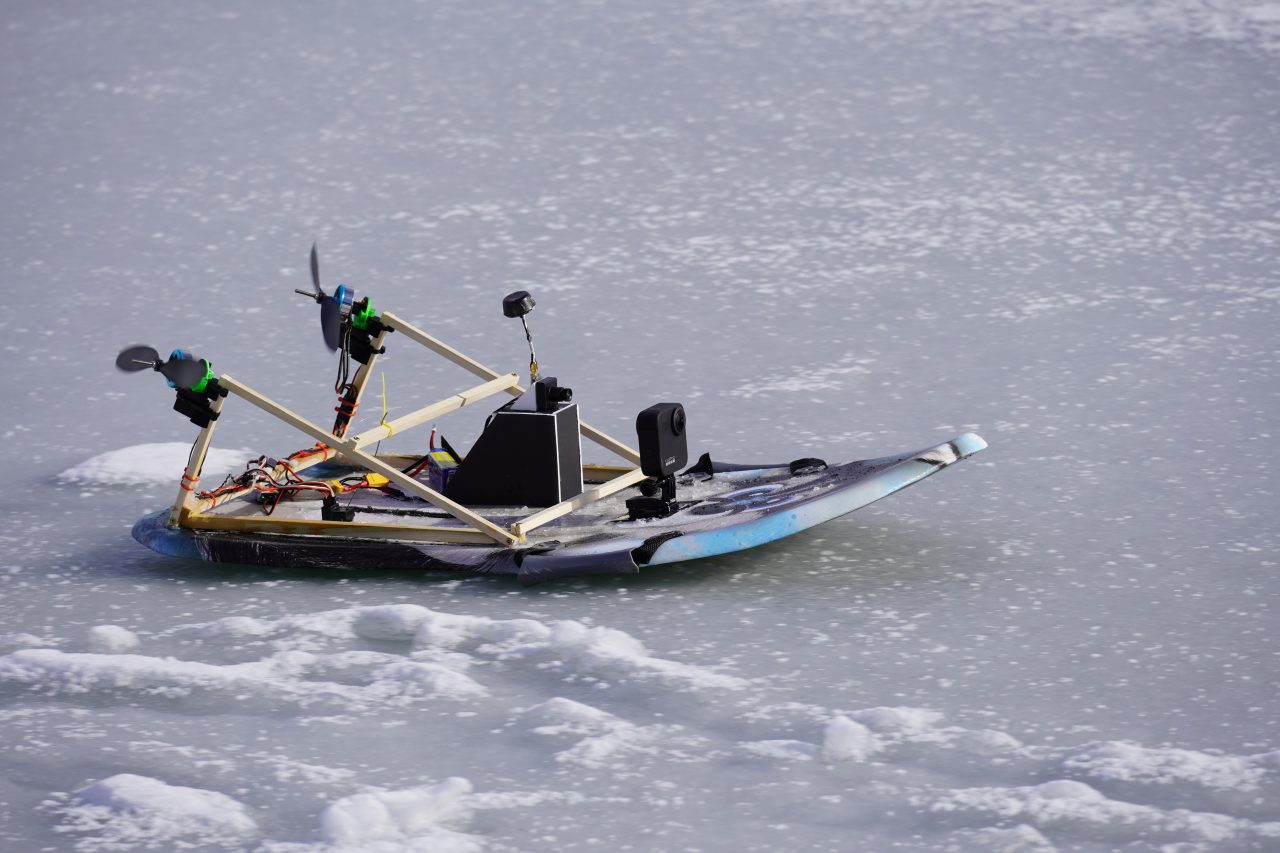 What happens when you hot glue some R/C Airplane motors to a sled and to create a crazy thrust-vectoring snowboat?

My first task was finding a sled. I chose a a foam sled for a couple of reasons. First, it was a flat bottom. Second, it’s foam and would float. Since the snowboat will be used on frozen or semi-frozen bodies of water, something that floats in any orientation will help mitigate risk of losing the entire boat.

When I first thought of building this craft, I already had been eying my dementor’s motors. I had printed 2 tilt mechanisms, so I had a spare as well as the one that I used on the dementor.

Here are the items used (some links may contain affiliate links where I get a small commision):

For construction I used superglue, screws, velcro, zip ties, and hot glue. Never underestimate the power of hot glue! It was the only thing that would stick to the surface of the sled. Even nice 3M tape wouldn’t stick.

Foam Sleds have a slick bottom that slides easily over the ground. The plastic on the bottom of the sled is quite durable. In addition to the slick bottom, foam tends to float. Because this sled might encounter open water, foam has an additional benefit that it won’t end up on the bottom of a pond.

If you notice, I angled the motors down a little bit into the center of the sled. This helps keep the thrust neutral. Without this, the motors will push the nose of the airboat into the ground, which causes poor performance. Pointing the motors down helps create a more even pressure on the body of the airboat, allowing it to behave more like what you’d expect.

Using 2 motors would help the airboat turn smoother due to the counter-rotating masses cancelling out the others’ gyroscopic forces. With heavy motors on a light vehicle, the spinning mass of the motor can cause some roll in the frame as well as torque as the airboat pitches up and down. 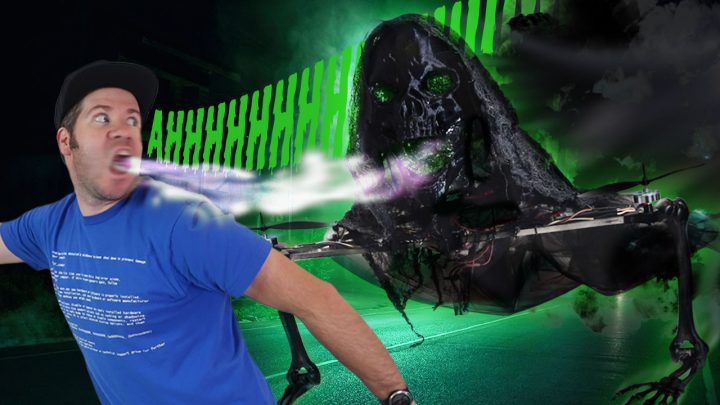